Since the inception of the United States, the ever popular Turkey has been a staple item at holiday dinner tables. The delicious Turkey is the stuff of legend throughout our history; a surprising mix of facts & folk lore.  So, if your drunk Uncle launches into a political diatribe over the election, be armed with fun trivia,  allowing you to quickly pivot. Dazzle your loved ones with obscure but interesting Turkey Trivia!

Have a wonderful and safe holiday season!  Enjoy the Turkey Trivia! 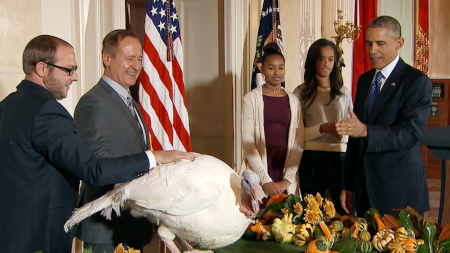 The trend of turkey pardoning was publicly initiated by President John F. Kennedy, on Nov 19th,1963, with the words “let’s keep him going! President Kennedy was assassinated 3 days later, in Dallas.

Later, President George HW Bush formalized the pardoning of the turkey ceremony as a more official act in, 1989. Each President, thereafter, has participated in pardoning.  – White House Historical Association

The first Thanksgiving was in the fall of 1621, when British settlers hosted the first documented harvest celebration. It’s not certain that turkey actually was on the menu. It is likely that venison was a major ingredient, as well as fowl, but that likely included geese and ducks. Turkeys were a possibility, but were not a common food in that time. – New England.com

Alexander Hamilton once remarked that, “No citizen of the U.S. shall refrain from turkey on Thanksgiving Day” reinforcing the idea of the turkey as a staple item.

The publication of A Christmas Carol in 1843 may have helped force along the turkey’s cause as a holiday delicacy when Scrooge magnanimously sends the Cratchit family a Christmas turkey.

Turkey contains no more L-tryptophan than other fowl, including chicken. Could it be the extra cocktails, mashed potatoes &  pie that knock us out?? HMMMMMMM….

“The heaviest turkey ever recorded was living large at 86 pounds for a stag named Tyson. The giant gobbler was reared by Philip Cook of Leacroft Turkeys Ltd, in Peterborough, United Kingdom, and won the “Heaviest Turkey” competition in London in 1989.

Are Turkeys slow-moving birds that lack the ability to fly?

Kind of… Domesticated turkeys (the type eaten on Thanksgiving) cannot fly, and their pace is limited to a slow walk. Female domestic turkeys, which are typically smaller and lighter than males, can move somewhat faster. Wild turkeys, on the other hand, are much smaller and more agile. They can reach speeds of up to 20-25 miles per hour on the ground and fly for short distances at speeds approaching 55 miles per hour. They also have better eyesight and hearing than their domestic counterparts. 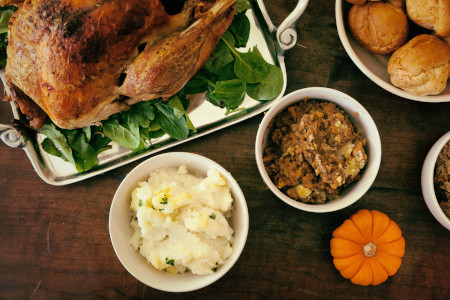 Did a Founding Father believe the turkey should be the national bird of the US?

Yep…  In a letter to his daughter sent in 1784, Benjamin Franklin suggested that the wild turkey would be a more appropriate national symbol for the newly independent United States than the bald eagle (which had earlier been chosen by the Continental Congress). He argued that the turkey was “a much more respectable Bird,” “a true original Native of America,” and “though a little vain and silly, a Bird of Courage.”

On average, Americans will consume roughly 45 million turkeys on Thanksgiving

You can tell the sex of a turkey from their poop. Males form a spiral on the ground, while females leave “J” shaped poop. Your welcome!

That long, loose skin that hangs down from a turkey’s neck is called a “wattle”.

Technical answer from our friends at the Washington Post:

“…There is a broad and growing field of study — animal cognition — that researches all aspects of animal cognition from different disciplines, including behavior, cognitive sciences, ethology and behavioral ecology. In what Scientific American called “a new frontier” in animal intelligence, researchers are finding some evidence that “some animals are capable of ‘mental time travel,’” suggesting that “they have a deeper understanding of the world around them” than humans give them credit for.

Are turkeys on the list of animals that are believed to have the ability to learn from experience and make plans for the future?

Alas, no. They aren’t that smart.”

Are Turkeys native to the Americas?

Are Turkeys Named After the Country?

When Europeans first encountered the wild turkey in Mexico, they incorrectly classified the bird as a type of guinea fowl called a turkey fowl.

It was Turkish traders who originally sold guinea fowl from Africa to European markets; Turkey has no native turkeys!